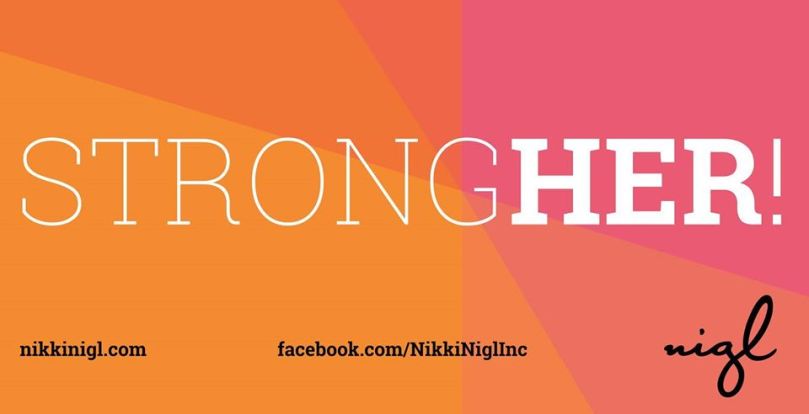 A month has passed since I returned home from my solo sojourn to Italy.  It feels like forever ago.

Life comes on — quickly, strong, demanding — and I struggle to hold on to the peace and freedom I felt abroad.  The joy in getting lost, not knowing the answer — or sometimes even the question, in being alone.  My face looks pinched — the wrinkle between my eyebrows, smoothed by Umbria, has returned.

The decisions I made, the desires of my heart — to live overseas, to publish a book (or more to the point, to be published) — begin to slip into the category of “all talk.”

I recently read that most people would prefer to fail by not trying than fail by trying.  I get it.  I understand.  I wish I didn’t.

And so I find myself at Pizzeria Sera on a Tuesday night listening to six women tell stories about how and where and when they found confidence — hoping to be inspired, or at the very least, to borrow some — Artist Date 94.  The monthly event, called About Women, is the brainchild of my friend Nikki Nigl.  A force of confidence, not to mention nature, in her own right.

The mere decision to be here bolstered mine some, helping move me forward in the hours before arriving.

Sitting at the computer, doing nothing but waiting for something to happen, I mutter, “Do something.  Anything.”

I write an email and send it off.  (Two somethings.  Write — one.  Send — two.)  A few lines to the sister of a friend of a friend who just returned from Spain, where she taught English for several years.  I ask if she might meet me for coffee and share her experiences — how she got there, what it was like.

I tell myself it is something.  It is enough and move on with my day — meeting with my rabbi a final time before he leaves our congregation.  We talk about his departure, my desires, and deciphering the will and whim of the universe.  Especially when it seems to only speak in whispers.

It feels like a game of telephone and I constantly wonder if I’m hearing it right.

Until I get to the parking lot, into my car and check Facebook.

“Anyone want a job in Portugal NOW?”

The post describes an academic coach position at a school outside of Lisbon.  Scrolling down, I am tagged.  “Lesley Pearl, could it be you?”

My heart swells, leaps.  Not because I believe I will get the job and move to Portugal (although I might), but because the universe seems to be speaking loudly, clearly — the message undeniable,”Yes, Lesley, it is possible.”

Settled at home, I write a response.  It begins, “Yes.”  (Three somethings.)  Shortly thereafter, I am Skype-ing with a teacher at the school in Portugal, the one who extended the possibility, dangled the carrot — gathering more information.  (Four.)

Turns out I’m right on course, so say an advertising executive, a scientist, a minister, a mud wrestler, a mother and a writer — this month’s About Women storytellers.  While the details differ, at the core of each woman’s parable is fear — and the decision to do “it” anyway.  Ask for a raise.  Leave a job.  Leave a husband.  Take an improv class.  Ride a roller-coaster.  Pet a dog.  Live as an outsider.

Each took action when the pain of inaction became too great. Was no longer an option.  Or when “the worst that could happen” seemed less scary than living with “what if” and “I coulda.”  And their confidence blossomed.

“Stop focusing on the heart-pounding, vomit-inducing, brick-shitting aspect of everything and start focusing on the payoff,” Kira Elliot — a personal trainer, mud wrestler and Mary Kay Sales Director — says from the stage.  “Pretend until the point of no return…then reap the rewards.”

Post Script.  Three days after the event, I send a resume and cover letter to the school in Lisbon.  I am amazed to see the resistance in myself.  Fear masquerading as logic and practicality.  It feels “heart-pounding, vomit-inducing and brick-shitting.”  I fazê-lo de qualquer maneira.  (That’s Portuguese for “I do it anyway.”)

One thought on “Artist Date 94: Do Something(s)”