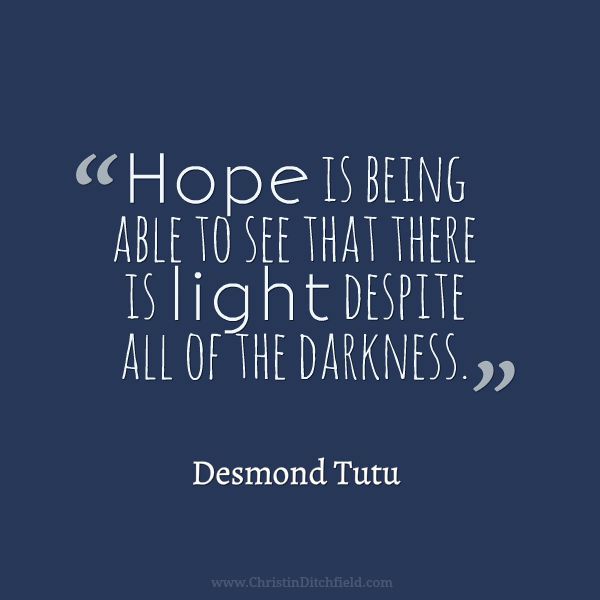 I woke up this morning feeling the stillness of my neighborhood and I knew. I knew we had a new president. One I did not vote for. And I felt afraid.

As a woman. As a Jew. As an American. As a being of light and love.

I realized that fear prevailed. And now I am the one afraid.

How do I live in a place of love and light? How do I be a part of the solution and not the problem?

Yesterday, I believed we would elect the first woman president.

I was so proud to cast that vote. So uplifted by the photos and stories on #pantsuitnation. Unable to tear myself away from the words of people who had chosen to say, “I’m with her.”

The Muslim woman covering her head with an American flag scarf. The white, straight, self-proclaimed “Southern redneck” who totes guns and had voted Republican his entire life. Until now.

Recent immigrants who believe in the values this nation was built upon. Men in skirts. Men in heels. Women in pantsuits and Army fatigues.

People voting from hospital beds – their ballots brought to them, notarized and returned. People whose absentee ballots never arrived and flew back to their “home” states to cast their votes.

I sat on the bus. In the doctor’s waiting room. On my couch. Reading these stories of hope, struggle, strength and peace. And the cheers of support around them. Around us.

I want to believe in that America.

Four months ago, I returned to Chicago following a year abroad. People asked why.

Because my visa expired. Because I’m not Spanish. Because Madrid wasn’t home.

And now I am. Here. In this place that doesn’t much feel like home either.

I don’t believe “the answer” is somewhere else. I think it is inside of me. Inside of all of us.

And then I turn to the words and wisdom and stories of others. (The power of social media used for good.) Of a woman I dance with, who remembers having to drink from a “colored only” fountain when she was a kid. “Do not let fear cloud your judgement and reason … this country has gone through shit before; if you’ve never had to go through it, it can be terrifying … but you know what? That kind of shit got ended …”

Of a woman I’ve known since I was 12, whose husband is black and whose children think my baldish head is beautiful. “It is time for women to get barefoot and pregnant with new ideas and give birth to a new movement, mother it and take anyone down that tries to hurt it. We are just getting started.”

Of a mother on #pantsuit nation, a woman I do not know, whose six-year-old daughter put on her suit jacket this morning, the same one she wore to school yesterday, and asked “What do I need to do to become president?” And upon hearing, “work really hard in school, get in to a top college and then a top law school, and understand the law so you can change it,” replied “Okay,” full of confidence, adjusted her lapel in the mirror and went to school.

Today, I will adjust my lapel, say “okay,” full of confidence, and go out into the world carrying love and light – knowing I am meant to be here, knowing there is work to be done.

An Italian friend of mine once remarked, “I can always spot the Americans.”

I was expecting to hear something about white sneakers, loud voices and fanny packs. Instead, she said, “They smile for no reason. Are super friendly and talk to everyone … they also have nice teeth.”

I remembered her words when I was living abroad … the many, many times I was surrounded by people but felt utterly disconnected. Partly a language barrier, with the onus on me to improve my Spanish. But also a cultural difference. In my experience, most Europeans don’t engage in idle chit chat with strangers the way Americans do.

It is one of the things I missed most about the United States when I was living in Spain — the chance for serendipitous connection.

I received that gift in spades this morning … waiting in line to cast my vote, one day before elections.

Nikki and I arrived in Welles Park a little before 9 a.m. The line had just begun to form. Or so it seemed. The sun was shining on an unseasonably warm November day. And we watched through a window as the voting stations filled before us, oblivious that it would be two hours before we would arrive in that place ourselves.

During those two hours we met the granddaughter of a Turkish immigrant and her beautiful six-month-old daughter, swaddled in pink and strapped to her mother in a Baby Bjorn. She joked about being Muslim. Her husband being Mexican. And that if things went the wrong way, it would be hard to know who would be deported first.

During those two hours I met a neighbor of mine. He seemed familiar to me but I wasn’t sure if I had been looking at him for so long that that was the reason. Turns out we live on the same street. And that he lived in Madrid for a semester abroad in 1988. We talked about architecture, food, travel and the fall out of Franco. How the north feels more French. And how physically safe we felt living there.

During those two hours I learned that our wait was comparatively short compared to the people who voted yesterday. That most voters had been patient and nice. And that Nikki’s shoes will always be a source of conversation – today’s choice, a pair of red, white and black Fleuvogs.

I watched the kindness of strangers as the baby in pink started to fuss and one man volunteered, “Go ahead of us. No one will mind.” And everyone agreed. Instead, she fell asleep pressed to her mother, waking just as it was “their” turn to vote. I took a photograph so mom could tell her about this one day.

When it was finally my turn, I was directed to a voting booth just next to my neighbor. I smiled and whispered to him, “Do it right.” He winked back.

And then I stood in silence. Heart beating wildly. Fingers trembling. Nodding and teary-eyed as I pressed the button casting my vote for the first female president of the United States. A vote I wasn’t sure I’d ever have the opportunity to make in my lifetime. I then completed the ballot and reviewed it once, twice, three times to make certain I had marked the correct box.

I received a paper bracelet with the words, “I Voted. Did You?” on the way out. I quickly peeled off the sticky label, wrapped it around my wrist and waited for Nikki. A few minutes later she emerged, along with the man who had told the baby’s mother to “Go ahead.”

The three of us put our wrists together, took a photograph, and exchanged names – which I promptly forgot. But it didn’t really matter. We had shared a moment together where we had hoped to make history – three smiling-for-no-reason, friendly, talk-to-everyone Americans with nice teeth.

It is November. The weather gods have smiled upon us with sunshine and seventy degrees.

(Many would say the baseball gods have also smiled upon us as the Cubs are in the World Series.)

It is a good time to be in Chicago.

I pull on a pair of brown corduroy trousers from the Salvation Army. Ralph Lauren. Six dollars. Boot-cut and too long in the legs for my not quite 5-foot, 3-inch body.

I slide my hand into the left, front pocket and pull out two small, slippery stubs. Used metro tickets from Paris.

I’ve been back just eight days but already Paris seems so far away.

The baguette I never eat here but cannot not eat there. Both doughy and solid. Formidable and yielding. I’ve never found anything quite like it at home.

The coffee. Short. Dark. Thick. Served in little cups and drank leisurely in a café, or standing up at a bar, but never taken to go.

The woman who says over coffee, “It’s like there was an empty chair waiting for you, and you slipped right in it … as if you were always there.” And the faces around the table nodding in agreement.

I try to conjure this up in my body. The bread. The coffee. These people who in a matter of days became my people. And I became theirs.

The pastry. The poetry.

But muscle memory fails me … for I can see it, but not fully feel it. Not in my bones. At least not in this moment.

Perhaps it is because I am so here.

In Chicago on this 70-something November day on a bike that doesn’t quite fit me. A loaner from the mechanic until mine is fixed. Wheels out of true. Seat too low. I am more wrestling with it than riding. And yet, I feel the sides of my mouth curling into a smile when I do. My now 47-year-old body embracing the challenge.

Watching a Cubs game at a dive bar for no other reason than I have been invited and it sounds like fun.

I am too present here to fully feel there for more than a few moments. And I realize the gift in feeling the ground beneath me. The swish-swish of fallen leaves under my feet.

I have spent years wishing I was somewhere other than where I was — even in Paris — missing the moment.

My friend Paul recently asked why I “even bothered” to come back in the United States. “Your writing is pure poetry there. That is your place,” he says. Perhaps. But for now I am here.

I slip the tickets back in my pocket — so that I might find them again one day and be reminded. Of baguettes and coffee. Poetry and pastry. Of the people who held a chair for me … waiting.