I was visiting my mother in Tennessee recently when a friend of hers asked about my blog … reminding me she follows it, but that she isn’t on Facebook.

Which meant she missed most of my photos and musings about life in Madrid during my year abroad.

Which meant she didn’t know I would be returning to Spain this fall for a Writers Retreat … with the aspiration of manifesting my blog into a book — “They Don’t Eat Alone in Spain.” About the Go Fund Me campaign I launched to help offset costs. Or the generous support I have received … and how it has connected me with my past, as well as my present, and people I know just a little.

With each contribution I’ve offered up thanks on Go Fund Me, Facebook and Twitter. Over time, these messages of gratitude have grown into stories, becoming blogs in their own right.

So this (and the series of updates which will follow ) is for my mother’s friend … and for every reader who wondered where I was wandering during that year abroad. Or wonders where I am now. Thank you for reading, and for wondering …

Since launching my blog “A Wandering Jewess: My Journey Back to Self”  in 2011, I’ve often been asked “When is your book coming out?” My answer has been a vague, “One of these days.” Truth is, I didn’t know. For personal reasons, I didn’t want to self publish. And I didn’t know how to move my writing from blog to book deal. Until now.

About two months ago, I ended my morning meditation with the words, “Show my work, show me my money, show me my love.” I then opened my computer to find an e-mail from my ex-boyfriend, sent exactly eight minutes earlier, just one word — “Interesting?” and a link to the Rocaberti Castle Writers Retreat in Barcelona .

“This retreat is for you if … You’re working on a book/screenplay combination or have an idea for one. You have a book and want to turn it into a screenplay or vice-versa —or sell it directly to Hollywood. You’re unsure how to get your book/screenplay in front of agents and producers. You’re serious about completing your project and making your dream come true!”

I am a big believer in fate. In signs. In messages from the universe.

So this October I’ll be returning to Spain for the Rocaberti Castle Writers Retreat.Joining a small group of other writers, I’ll meet with expert mentors – published authors, produced screenwriters and film producers – for the express purpose of taking my writing from screen to page to big screen. 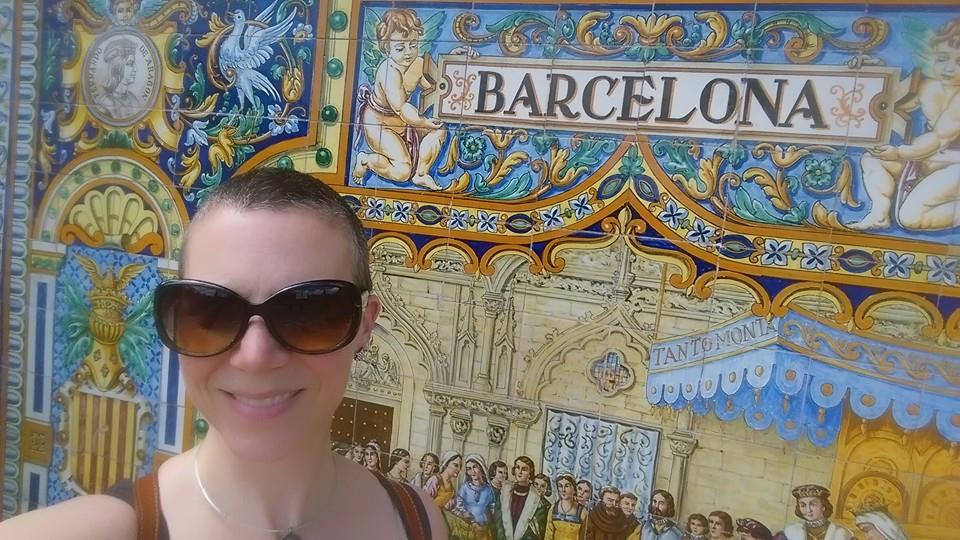 (Taken in Seville … before I knew I was going!)

My proposed project, “They Don’t Eat Alone in Spain” garnered a half scholarship to the retreat. I need your help to raise the other half, plus airfare, reward gifts and incidentals. (See budget breakdown below.)

“They Don’t Eat Alone in Spain” is based on posts from “A Wandering Jewess,” about my choice to “go it alone” for a year after the dissolution of my 10-year marriage and how Julia Cameron’s “The Artists Way” offered me an unintended framework for doing it.

“They Don’t Eat Alone in Spain” is a series of 52 Artist Dates – one-person play dates – which led me on solo sojourns to the opera and the Art Institute, to a three-week stag jaunt in Italy and ultimately an unaccompanied year in Spain (Ironically, a country notorious for togetherness. “Look around,” Robert said over lunch on my second day in Madrid. “No one here eats alone. They just don’t …”) 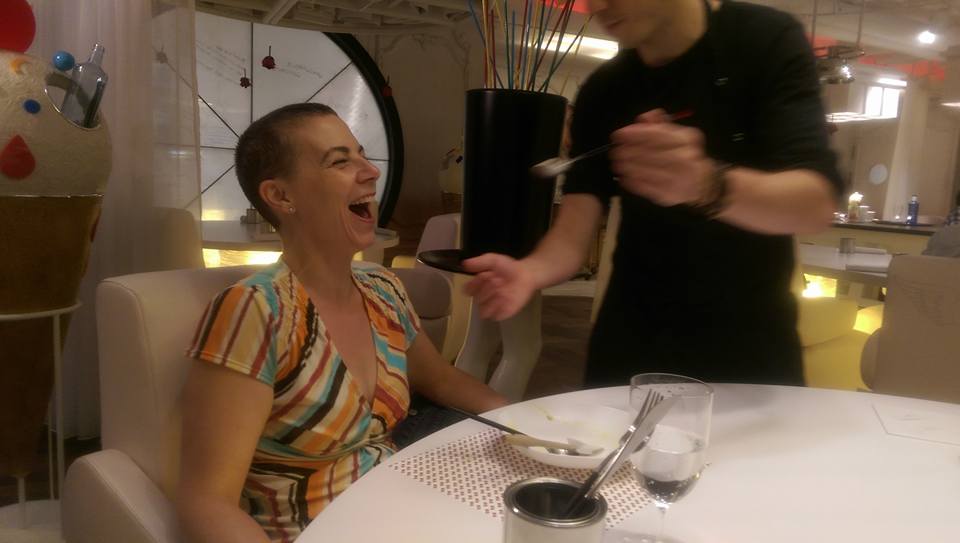 (They don’t eat alone, but sometimes the servers will feed you … literally.)

Whereas the majority of “post-divorce” reads fit neatly into one of two categories – “How To’s” for getting back in the relationship game or “Crazy Dating Confessionals” (“I had sex with my boss, my trainer and the bagel boy … in the same day.”) – “They Don’t Eat Alone in Spain” offers another possibility, a happy ending that doesn’t end in romance.

“They Don’t Eat Alone in Spain” offers no advice, no salacious sex, no Prince Charming – just a weekly “postcard” sent from the road  back to self, a journey taken on the backroads … stopping to fix my own flat tires, visit old promises – traveling alone, living overseas, writing a book – and becoming the heroine of my own story.
_______

Round-trip Airfare from Chicago to Barcelona and Back: $900